IWHR has been working with UNESCO Phnom Penh Office from 2021 to adapt the Water Education Series English version into a Khmer one for wider dissemination in local schools, aiming to promote water-related knowledge among school-age children.

To make the Khmer version an appropriate education material for young readers, the two sides co-organized a consultation workshop, which provided a platform for key experts and relevant stakeholders to openly discuss and finalize some main issues regarding the book. 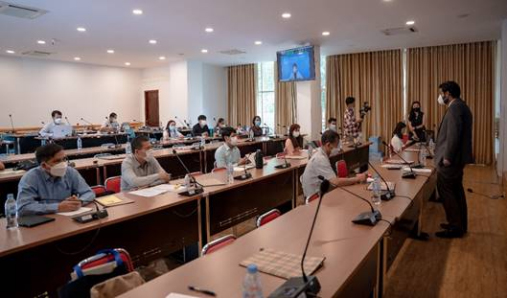 Venue in the Institute of Technology of Cambodia

Dr. PENG Jing pointed out that the COVID-19 pandemic has exposed and aggravated the increasing shortage of water resources and the subsequent harms it brought to the world. Against such backdrop, IWHR and UNESCO decided to further cooperate and adapt the Water Education Series from Chinese original to multilingual series, hopefully to impart a universal love for water and a sense of urgency to protect it.

Mr. Sardar Umar Alam acknowledged the values of the books in promoting water education and sustainable development, and expressed his gratitude for IWHR’s considerable support to the publication of the Khmer version. The UNESCO Phnom Penh Office wishes to take forward the application of the Khmer version in class as supplementary materials so that more teachers and students can benefit from it. 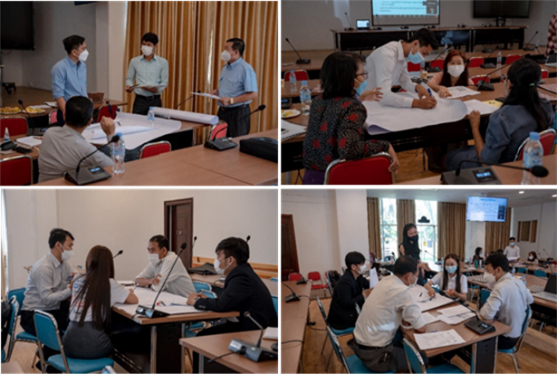 The participants conducted a group discussion about the language, target audience, translation of some technical terms and borrowed words, and the Cambodian water stories, proverbs, guessing words and songs that could be incorporated in the books. Valuable opinions were obtained from multiple stakeholders, including environment, education, culture, science, science publications, and citizen groups.

IWHR is now working together with UNESCO to develop the versions of other UN official languages, like French and Spanish, and languages of China’s neighboring countries like Khmer.