From January to April, China completed a substantial increase in investment in water conservancy construction

From January to April, China completed a substantial increase in investment in water conservancy construction

On April 8, 2022, The 2022 State Council policy briefing held by the State Council Information Office. Wei Shanzhong, Vice Minister of the Ministry of Water Resources, and Zhang Xiangwei, director of the Planning Department of the Ministry of Water Resources, attended the meeting and introduced the construction of water conservancy construction in 2022. 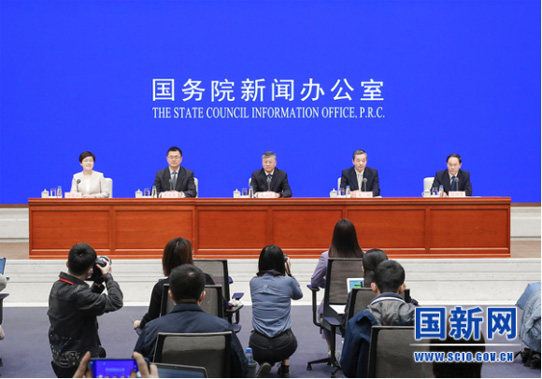 From January to April, construction started on 9 major water conservancy projects nationwide, with an investment of more than 30 billion yuan. A total of 20.2 billion yuan was completed for rural water supply projects, raising the level of water supply for 6.66 million rural people. In addition, nearly 19 billion yuan will be invested by the central and local governments for the construction and modernization of large and medium-sized irrigated areas this year. It is expected to increase 3.6 billion kilograms of grain production capacity and water-saving capacity by 3.5 billion cubic meters.

Previous: BIC organized to watch the 100th anniversary of the Communist Youth League

Next: Integration and application of data sensing platform based on low-head sluice